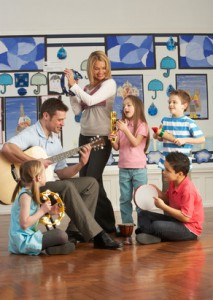 From part 1, we ended up discussing “TRUSTWORTHINESS” and its variety of behavioral qualities.  Let’s add “honesty” as the first quality under trustworthiness.

Webster’s dictionary defines honesty as “fairness and straightforwardness of conduct.”  (She is admired for her kindness.)  When it comes to making an ethical decision, honesty becomes a part of the fundamental value.  We associate honesty with people of honor and we admire and trust those who are honest.  Through communicating honesty, we convey the truth as best as we know it and we communicate by not misleading or deceiving.  So when we make a choice out of a situation, we use trustworthiness as one ingredient from inside of us that make us select that situation.  It is part of our value system!

As an example:  Gary, a four-year-old autistic child has been placed in your school.  This child had recently been released from an institution where he has been for two years.  In the last 6 months, Gary’s family had cut off just about all contact with him.  Recently, Gary received a post card from his family telling him they would no longer be able to visit with him because they had moved out of state.  One of the staff found out that Gary’s family had not moved out of the state but to another neighborhood in the same city.  It seems Gary had been missing his family a great deal and asks about them frequently. Most of the staff thinks Gary is stable enough to handle the truth of the situation and they have come to you requesting permission to tell Gary the real situation.

Question:  With your fundamental value of honesty for this child, what is the best decision for Gary?

It seems we need a little more in our value system to help make a right decision.  We will add 3 elements of honesty to our list for Part 3 next week.  Meanwhile, I’ll let you ponder on Gary and when you think about a decision is there more to it than trustworthiness?

Brain Growth and Development
WHAT IS VISION THERAPY and TOUCH AND TONGUE ACTIVITIES?
Indoor Games for Tots
Cart